Last month I participated in ‘Bloggers Scream For Ice Cream’ for the first time. This is organised by Kavey of Kavey Eats and each month she sets a theme to inspire a multitude of bloggers to get into the kitchen and create appropriate ice cream recipes. This month the theme was ‘condensed milk’. Now ice creams based on condensed milk aren’t meant to require any churning and at the most basic level simply contain cream and condensed milk. So without the need for an ice cream maker and with no eggs needed to make a custard base as in many other ice creams there were already two ‘things missing’ making it a perfect month for me to take part again.

This isn’t actually the first time that I have attempted to make a condensed milk based ice cream. A little while back I made a dark chocolate version that also contained corn flour as an ingredient. But everything turned out as a bit of a disaster and I was left with a big frozen block of chewy fudgyness. It generally tasted ok (most things with chocolate in taste pretty good) but if there is one thing you don’t want ice cream to be it is chewy. So that was one kitchen experiment that didn’t make it onto the blog. When I saw the theme for this month’s BSFIC however I decided to bite the bullet and give condensed milk ice cream another go, and I’m glad I did because it couldn’t be easier and the results were rather tasty.

I started with a basic recipe from the Good Food website but wanted to jazz it up a little and so decided on a mint choc chip version. This is one of my favourite ice cream flavours but I was prompted to go for a minty version for this particular challenge after winning a box of after eight mints in my local pub quiz a few weeks back…what better way to use them up!!! 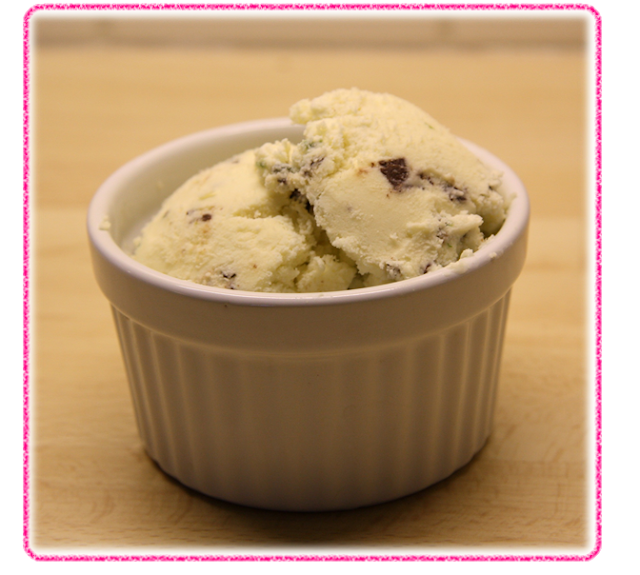 Begin by stripping the mint leaves from the springs. Put the leaves to one side for later. Chop up the stems from the sprigs and place in a saucepan with the water and sugar. Place the pan over a medium heat, stirring until the sugar has dissolved and allow to simmer gently for 15-20 minutes until the sugary syrup has reduced.

Add the mint leaves to the syrup and leave for a couple of minutes then remove from the heat and allow to cool.

Once the syrup has cooled blitz in a liquidiser until fully blended. Then pass the syrup through a sieve to remove the mint stalks. Add the condensed milk to the syrup and stir until fully combined.

In a large clean bowl whisk the cream until it becomes thick and starts to stiffen up forming soft peaks.

Fold the syrup and condensed milk mixture into the cream mixture before chopping up the After Eight mints into small chunks and folding these into the mixture as well.

Once the After Eight chunks are evenly distributed throughout the mixture transfer to a freezer proof container and bung in the freezer overnight.

Then scoop into a bowl and enjoy. 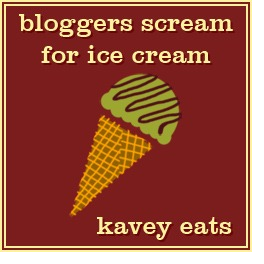 Posted by Something Missing at 10:59

Other blogs of interest